QUARTARARO MADE A GREAT RACE AT SEPANG

Monster Energy Yamaha MotoGP’s Fabio Quartararo made a strong race, grabbing a well-deserved third place podium finish. He is still second in the overall standings with a 23-point deficit on leader. Despite a tough start from 12th position, Fabio Quartararo gained 6 positions before the first corner. He then proceeded to hunt down the three riders fighting for second place. With 16 laps to go, Fabio overtook Marc Marquez, right in time, as the pursuers were approaching.

On lap 7, Jorge Martin crashed out and Fabio was provisionally on the podium in third place. However, his gap to the now leading duo ahead of him was not decreasing. Instead, the pursuing rider Marco Bezzecchi looked to be nearing. But the number-20 rider kept a hot pace and finished a stellar third place. He took the chequered flag in 3rd, 2.772s from first. Fabio Quartararo is still second in the MotoGP championship with a 235 points total. 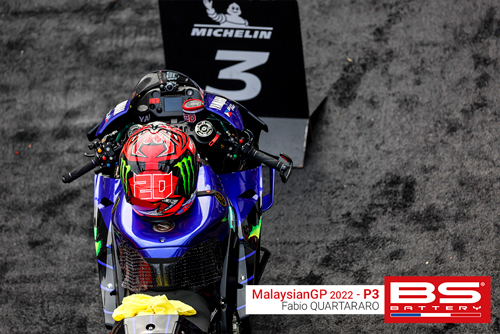 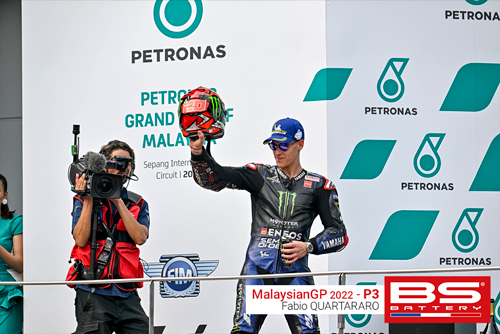 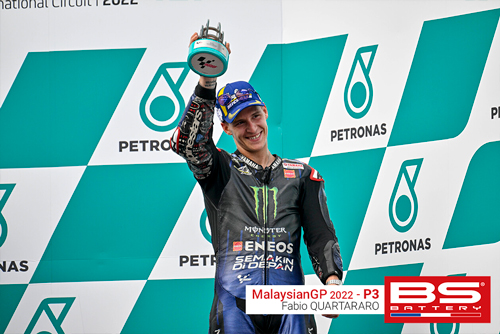 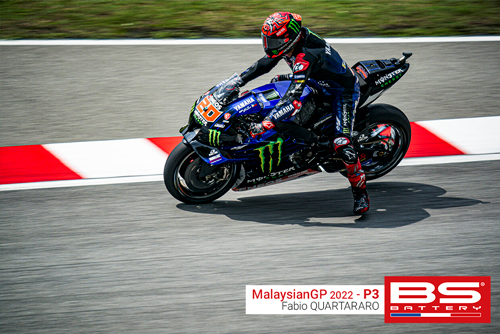 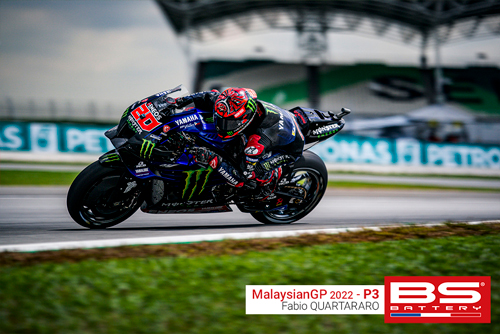 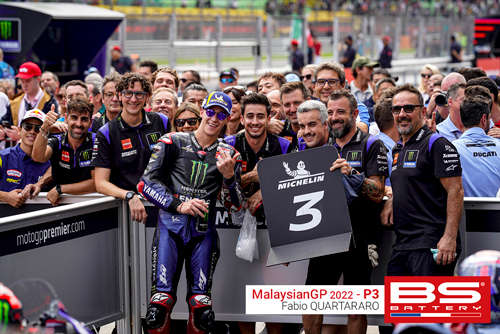 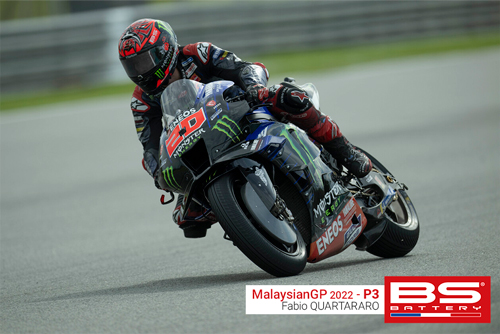 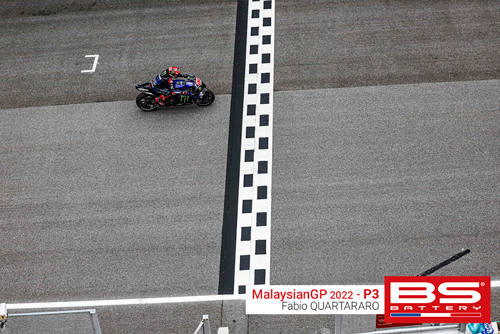 BS Battery wishes all the best to Fabio & Monster Energy Yamaha MotoGP Team for the final round , “Grand Prix of Valencia” next November 4th to 6th which will take place at the Circuit Ricardo Tormo (Spain). 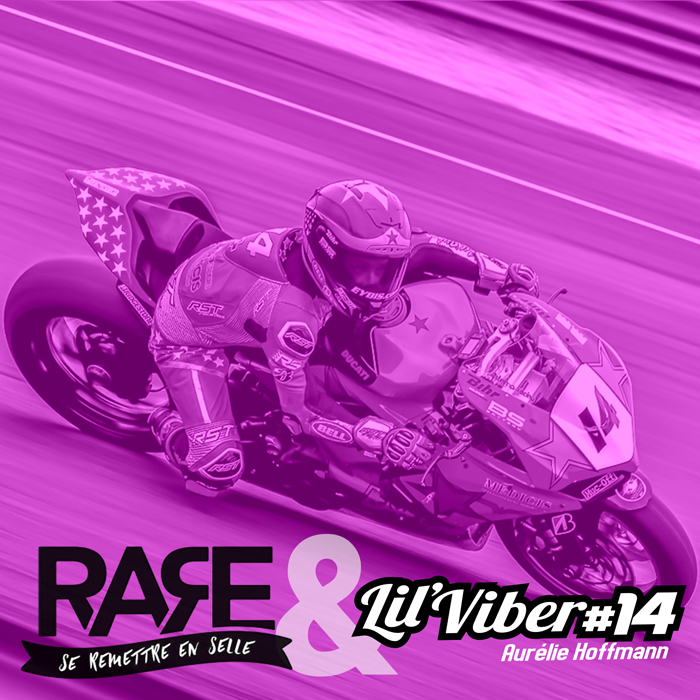 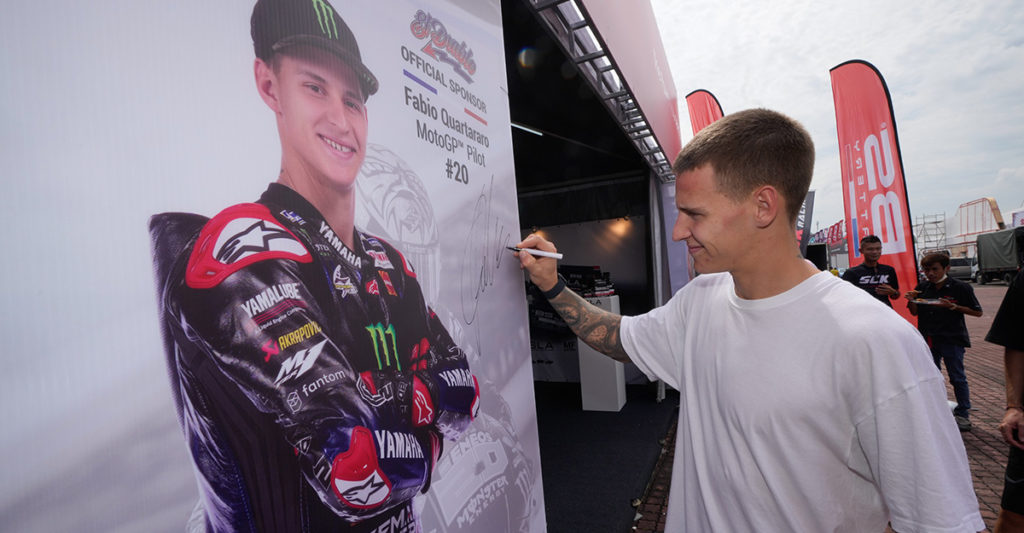 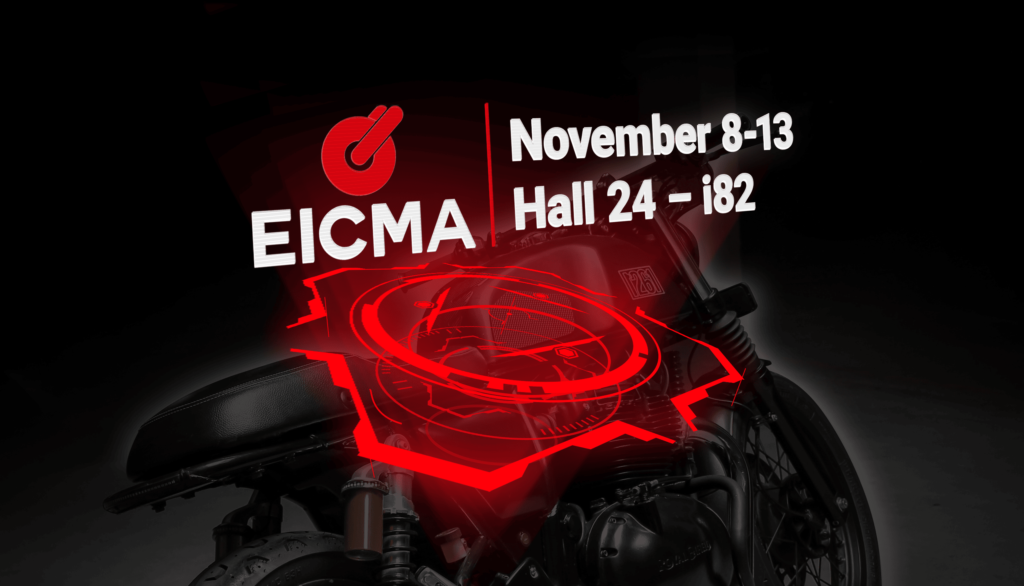 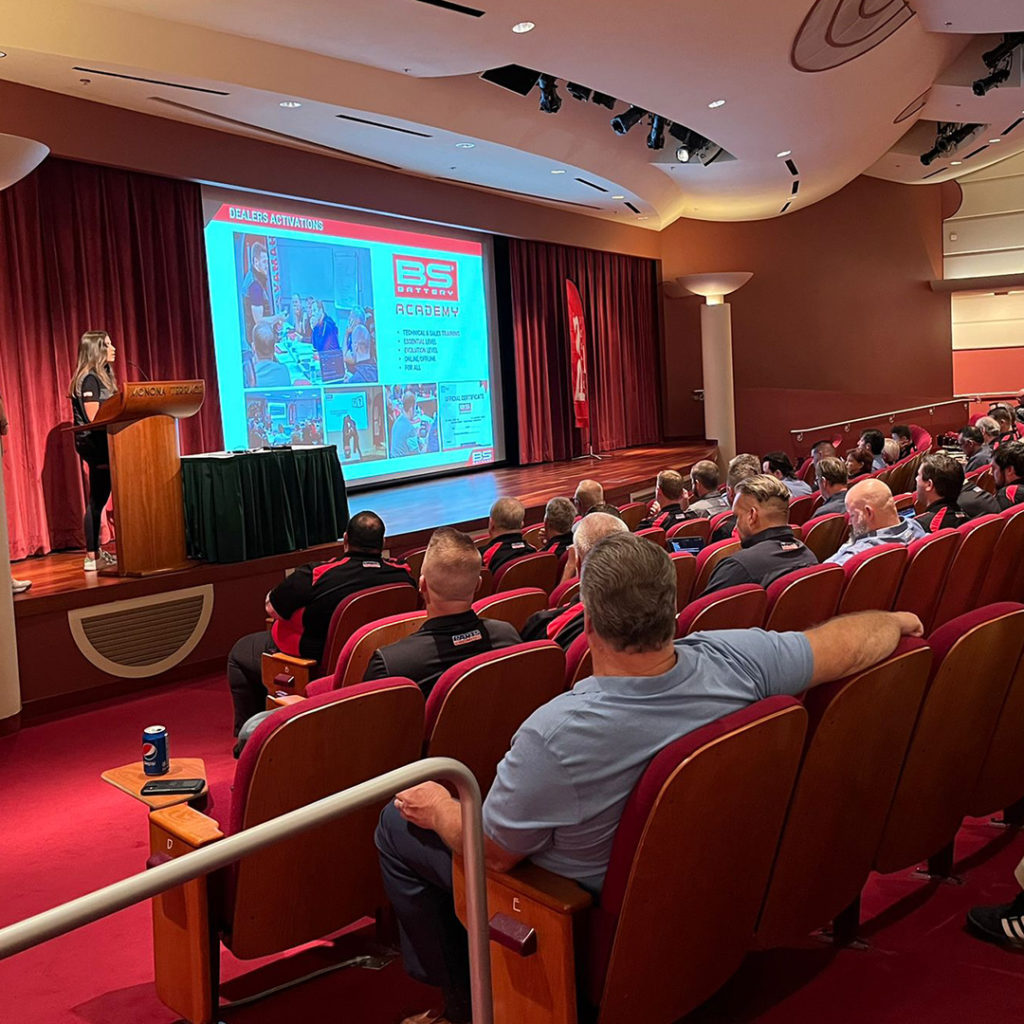 MORE NEWS
Menu
Select the fields to be shown. Others will be hidden. Drag and drop to rearrange the order.
Click outside to hide the comparison bar
Compare
Compare ×
Let's Compare! Continue shopping
This website uses cookies to improve your experience. If you continue to use this site, you agree with it. Privacy Policy
Ok